For these La Jolla maternity photos: La Jolla Cove, we definitely walked the grounds! We started over by these old trees, that I can’t think of the name, but they look like old souls. Then we worked our way over to Cuvier Park. My client had seen past maternity photos of mine where the pregnant women wear sheer maxi dresses, so she got one too, as she liked the flow effect. Loved using these trees as the background! 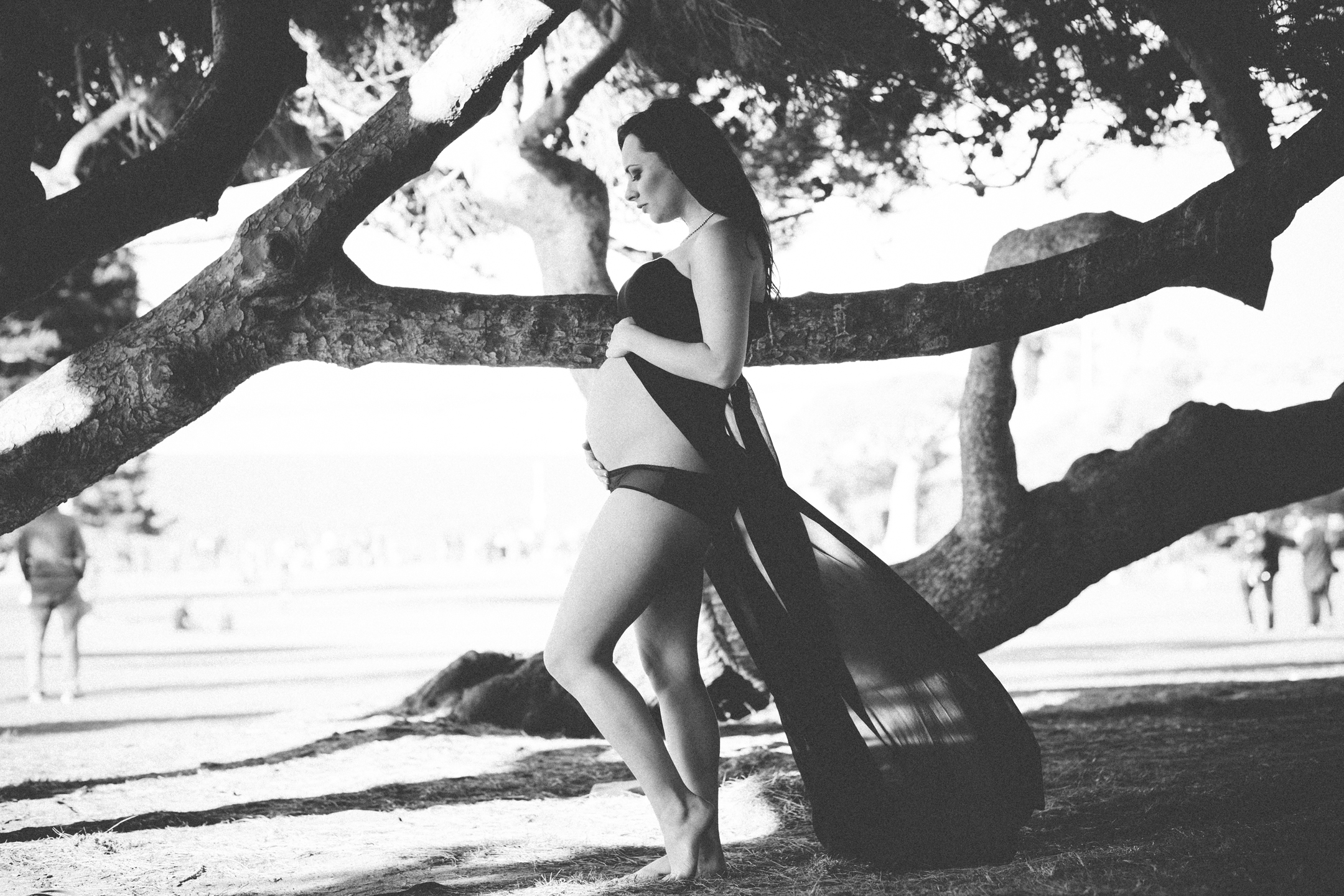 Then we headed over to the deck cabana viewpoint that the Cove has. It helped with the sun as it was still pretty strong, and also helped block the wind. It was very windy that day and we did what we could to keep the hair under control. Thankfully, my client loved the idea of her hair naturally blowing in the wind, so it was a win win!

Then I thought in the moment to take her over to the pier. I asked her if she was ok with walking to the very end, and she was totally up for it! Yay for open and creative clients 🙂 I had this vision of the waves crashing up against the pier and I did my best to capture it. We were lucky that we had about 2 min where no one was near her so that she had a solo shot. Then I yelled over to her to walk so we could let the dress flow as she had wanted. I wish the waves would have crashed higher, but it was probably for the best to make sure she wouldn’t slip or anything.

I met her back at the entrance of the pier and took a couple shots. Wind and hair flowing freely!

Lastly we headed over towards Cuvier park.  I had her stand safely near the cliff to get a clean wide shot with the cliffs and the ocean in view. Then played with the sun coming though her and the baby bump. It was a fun shoot and she had great energy to walk to all these places 🙂